It’s is always a great opportunity to serve as an NYSC Corp Member, well as a matter of fact, the greatest motivation to rendering most service is the amount of appreciation you get thru praise or pay-cut, in order to buttress more on this point, we have a list of well or high paying states to NYSC Corp Members.  Every year Prospective Corp members (PCMs) are always asked to fill in the four states they’d preferred to serve their father’s Land. While filling out some of these forms, one factor to consider is security, after which, you will have to consider distance to your residence, job opportunities, cost of living, and salaries or pay cut.

I want to implore us to carefully go thru this wonderful article, to have a look at the listed Top7 Best States That Pays NYSC Corp Members Well & Their Salaries More the Best states to serve in Nigeria.

Although this list is subject to revamp, it is well-researched and current. Abuja is always perceived as the state that flows with milk & honey, just because of it Federal presence. Of all the states with a high cost of living, Abuja is the highest. not Lekki, nor Banana Island, Abuja is the main deal. But don’t get confused that Abuja has one of the cheapest food markets in the country. It is very likely that the yam you ate recently is from Abuja.

Although transportation cost in Abuja is high, housing in Abuja is high, but then it doesn’t stop people from wanting to serve there. This is the reason. Everyone wants to get a taste of Nigeria’s money, and Abuja is where they share it. Don’t get me wrong; they don’t share it on the streets. If you have at the top position then you’re already employed even before you get your discharge certificate.

Abuja has a good standard of living and good security, so you should fit in easily if you’re from a middle-class family. Quite a lot of ofices or Private firm pay corps members as high as 15,00-30,000 E.g CBN, NNPC, CMD in Wuse 2, TETFUND, PTF, Min of Agriculture, Customs, FCTA, ETC, but you’re likely to work at a place that won’t pay you E.g National Assembly. Cross River is known as the paradise state of the country which was once the capital of Nigeria and it is consider the most beautiful state in the country. Sumptuous food, rich culture, and a luxurious lifestyle – welcome to Calabar. Despite the high standard of living in the state, Calabar still has a reasonable cost of living. Affordable transportation fares, inexpensive food, good roads, and a fair accommodation cost, etc. The security in the state is still ok.

For those who studied marine-related courses in school, you’re very likely to get posted to a marine firm, and your chances of employment just got higher. The government of Cross River state pays ₦10,000 to corps members monthly. Lagos is the commercial capital of Nigeria and thus, staying in Lagos isn’t cheap. A corps member posted to Lagos would have to deal with huge accommodation, transportation, and feeding cost. However, Lagos offers significantly higher job opportunities than most states in Nigeria, which makes it a major attraction for corps members.

Regarding security, Lagos is one of the safest places for a Corp member in Nigeria. Although petty crimes thrive a lot in crowded areas in Lagos, Corp members posted to Lagos need not worry about kidnappings, bombings, or any major security concern.

Finally, the state government pays corps members in ministries the sum of N10,000/Month while Corp Members in Local Government Offices are paid N5,000 monthly. A Corp member in Lagos earns an average of N30,000 per month at their place of primary assignment.

For most corps members, Lagos state is the best state for NYSC in Nigeria, sadly, it is too competitive and getting posted to Lagos is one though thing to ever come thru.

Enugu state government pays copers serving in the urban area of the state ₦1,000 monthly and pays ₦4,000 to those serving in the rural areas. It’s quite funny & Laughable,  but it doesn’t stop it from being one of the hottest states in Nigeria that’s regarding job opportunities and lifestyle.

Enugu is a complete state and among the Best states to serve in Nigeria. It doesn’t have any bad attribute, in fact the cost of food & transportation is relatively cheap and security is fair. However, the supply of water in Enugu is the most challenging factor. Because of its mountainous terrain. Although this is not present in all areas of the state. When you hear Rivers state, the first place that comes to mind is Port Harcourt, but outside Port Harcourt, there are many other excellent local government where you could enjoy your service year. The heart of Port Harcourt is Obia-Okpor LGA. This is the wealthiest LGA in Nigeria and the one of the Richest in Africa (Google it). However, being rich brings class and class comes with an expense. So it is unsurprising that Port Harcourt is one of the cities with the highest cost of living in Nigeria.

In spite of the high cost of living in Port Harcourt, many corps members pick River State as their desired service state. I fear this may either be as a result of ignorance or the attraction of the affluent lifestyle present in Port Harcourt. Whatever the reason is, my advice is if you know how to hustle Port Harcourt would be an enjoyable place to serve and meet several dignitaries otherwise choose another state.

Security in the state is dependent on the area. Just be careful of the places you go to and who you go with. Also, contrary to the widespread belief that food is expensive there, Port Harcourt is a place you could get the cheapest seafood in Nigeria. Especially, foods that thrive in rainy seasons such as pumpkin. In Port Harcourt, the cost of transportation depends on the area, to get to some places are cheap and to some other places might not be.

For several years now, the government of Rivers state stopped paying corps members for a reason best known to them. Personally, Akwa Ibom was the state I wanted to serve in, but I wasn’t posted there. Akwa Ibom state government is the only state that pays corps members after their orientation course. Immediately after camp, corpers get paid, and according to the government, it’s to help them go to their various PPAs before their service year officially begins.

Have you heard of any security problem in Akwa Ibom? Neither have I. Akwa Ibom is as safe as a safe house. Also, feeding is very cheap in all parts of Akwa Ibom. Recently, when I visited Akwa Ibom, I almost became a glutton because of how cheap food was (including dog meat…lol). Also, the transportation cost is dirt-cheap, housing cost is reasonable, and the lifestyle is great. Lest I forget, the state government pays corpers ₦5,000 monthly.

Clearly, they aren’t wrong when they claim to be the most developed state in Nigeria after Abuja and Lagos. So, if you’re considering to serve in “AK” as we sometimes call it, you won’t regret it. Kano is one of the major cities and a major commercial hub in Nigeria. At a time Kano state was the most populous state in Nigeria, although the Boko Haram crisis might have contributed to it losing that title to Lagos state.

I was born in Kano, and I grew up there, and I still visit Kano occasionally, so it was unsurprising when an ex-corp member was sharing his wonderful service year experience in Kano. He said, “If you serve in Dangote or Nepa office (Kedco) in Kano, you are of all men, most blessed.” Funny right? You may be wondering what he meant, but you won’t understand until you’re there. Kano state government is one of the states that pays corpers and presently, Kano is relatively peaceful. Kano is now as safe as it used to be years back and people are returning.

Regarding the cost of living, the cost of living in Kano is quite affordable, yet the standard is high, which makes it a major attraction to people from other regions. Kano has more industries than any other state in Northern Nigeria, which provides job opportunities for both corps members and those who choose to remain after their service year.

Okay, now I must say this. When I was still in secondary school, I remembered some corpers then who bought gold (did I mention that Kano has the largest gold dealers in Nigeria and it is very cheap in Kano?) with part of their allowance and sold them after their service year in the states they came from. I still know many of them still living there because of how they’ve exploited what kano has to offer.

Other states that pay corps members include:

Looking for a list of states that pay youth corpers in Nigeria? Aside from the above-listed states, the following states also pay corps members.

For clarity, when we mention the monthly salary states pay corpers, it is for corps members, whose primary place of assignment is a state government organization.

Also, some private organizations pay corpers while some don’t. It depends on the company’s policy, but it is always a good idea to negotiate your pay if you are working at a private firm – at least, let them pay you enough to cover transportation cost.

Regarding states that pay corpers during NYSC, you should confirm from corps members currently serving in the state, especially the most recent batch because some states without warning, have stopped or will stop paying corps members.

Lastly, if you know any state that is equally a good option or even better for corps members, kindly tell us the state, the security situation, cost of living and why it is excellent for corps members. 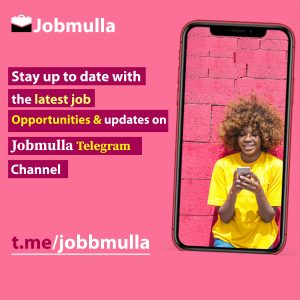 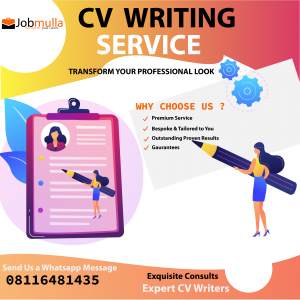